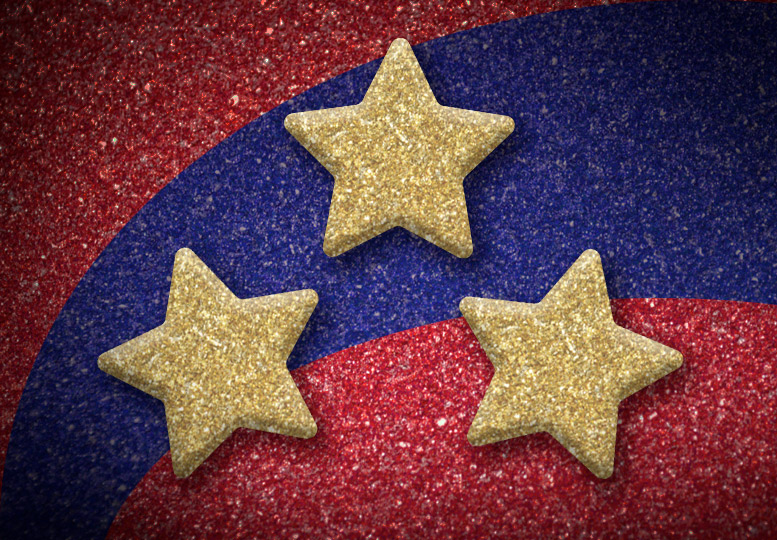 Welcome to our Hall of Fame where we will honour those who have achieved repeated excellence in Nova Scotia Stick Curling. Here you can view the classifications below and download the nomination form. Please read the Criteria before downloading the Form. 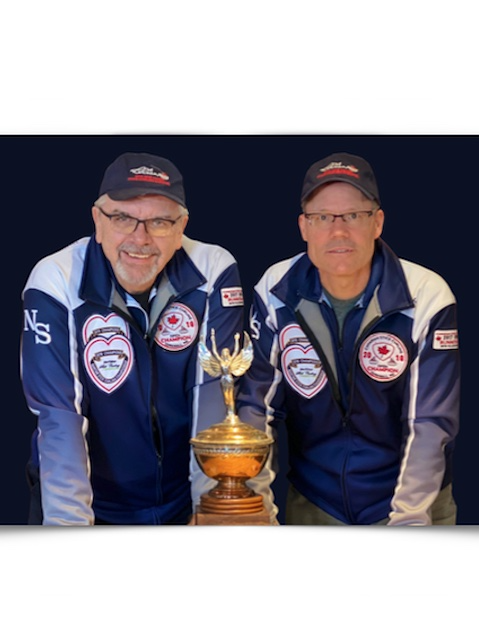 Dave was first introduced to Stick Curling in 2008 during a visit to Halifax following a knee injury that ended his traditional curling career. A long-time friend showed him an internet video demonstrating the game of stick curling. Dave decided to embrace this new game and became the first stick curler to play in Yarmouth.

When Dave first saw Paul throwing rocks with a stick he was immediately impressed and decided this was the partner he had been looking for. However, it took Dave two years to convince Paul (the ice technician in Yarmouth) to play with him. They teamed up in 2013 and won the Maritime Stick Curling championship that year. Paul had an ability to analyze their deliveries and correct any issues they were having. Paul also was a very astute student of the game; always coming up with ways in which they could become more consistent and more successful. Unfortunately, Paul’s duties as ice technician made it difficult to play in as many bonspiels as they would have liked but they were always game-ready by the provincial championship.

Dave was an early promoter of the game and established the Wednesday Night Stick Curling League in Yarmouth and instructed many of the players on the finer points of the game. Dave also extensively travelled throughout western Nova Scotia teaching and promoting the game of stick curling.

When Ron Crowe (an inductee into the Stick Curling Hall of Fame) first met this team back in their early years, he said “They were a match made in heaven.”. How prophetic his words have turned out to be! 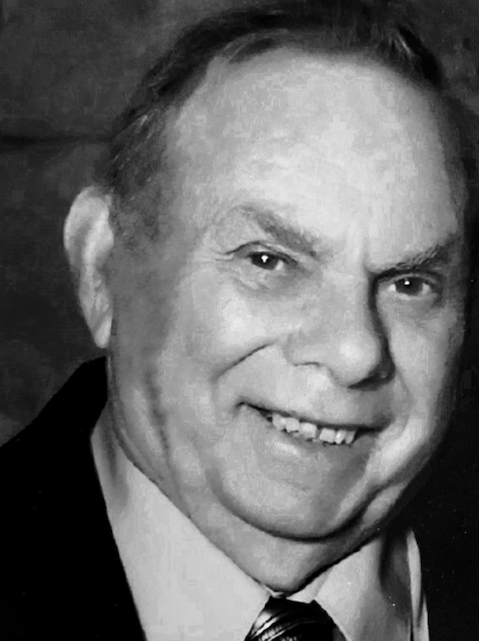 Hubert Sullivan has been a member of the Wolfville Curling Club for over 60 years and currently holds an Honorary Membership at the age of 96. Hubert encouraged the use of the stick in the early 2000’s; one of the first persons to introduce it at the club. Hubert stated in 2018…” I was convinced that this would be a way to introduce the game to people with many levels of abilities and allow others to continue playing and enjoying the comradeship of this great game. This can only promote this game for all. That can only be a plus for curling in Nova Scotia.”

With Hubert’s Leadership, the inaugural Nova Scotia Stick Curling Championship was hosted at the Wolfville Curling Club on March 2-4, 2007 with 16 teams participating. Hubert and his partner Bill Thompson came second with the champions being Lohnes/Spinney from Truro Curling Club. 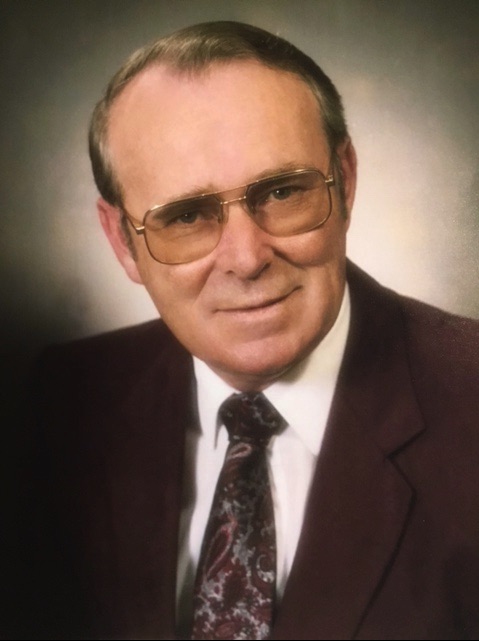 When stick curling began at the Truro Curling Club in 2007/08, Ron Crowe immediately embraced the “new” curling game and began teaching the game and its techniques to any and all who were interested. Ron’s name became symbolic with stick curling success; as he won club competitions consistently from 2008 through 2016 as well as various Provincial and Maritime championships.

Ron was well known for his willingness to help anyone interested in learning the new game. He travelled to several smaller clubs in the outlying areas to run free clinics. As a director of N.S. Stick Curling he was instrumental in organizing both Provincial and Maritime competitions; never complaining about the workload and always striving to grow the game. In his position as Fundy Zone director for Nova Scotia Curling Association (NSCA) Ron was in touch with all the clubs in the zone. He was always promoting the benefits of having a stick league at a club to bring back former curlers and retain those who were finding the regular game too physically demanding. Largely dueto the efforts of Ron Crowe, stick curling in Nova Scotia is now one of the fastest growing segments of curling. 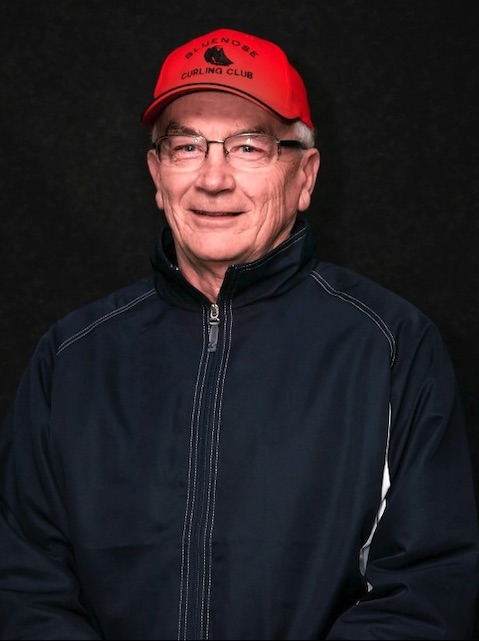 John McNaughton has always been an accomplished and a well-respected Nova Scotia curler. However, it was his trail blazing effort to develop the sport of stick curling that assured his induction into the Nova Scotia Stick Curling Hall of Fame.

John embraced stick curling when throwing curling stones from the hack the traditional way became physically impossible. To continue to play his favourite game he found another delivery option and became a Nova Scotia stick curling pioneer. It is hard to overstate how much of a curiosity this man curling with a stick was at that time. John is a true competitor and soon developed a proficiency that inspired others and drew them to the game. John embraced stick curling so thoroughly that he fondly became known as John “McStick” McNaughton.

Being a part of the early development of a new sport requires patience, enthusiasm and commitment. John willingly instructed members within his own club and never hesitated to offer clinics at or teach members from many other clubs as well. Many stick curlers will credit John, and his quiet inspiration, for allowing them to continue to play the game they love.

John was instrumental in developing stick curling leagues at the Bluenose Curling Club and was a co-founder in 2007 of the Bluenose World Stick Curling Funspiel; a stick spiel that is immensely popular and still runs today. John also served as a regional representative on the provincial Nova Scotia Stick Curling board.

John was an innovative early-adopter and has been a consistent long-term promoter of stick curling at the club, regional and provincial levels.

Applications should focus on the complete body of an individual’s / team’s stick curling achievements.

However, in and of itself, being a nice” person is not a sufficient demonstration of excellence for induction into the Hall of Fame. Conversely, a demonstrated lack of ethics or unsportsmanlike behaviour would be considered grounds to disqualify an applicant as that applicant would not represent the stated values of the NSSCA.

There are four (4) potential classifications under which a stick curler can be inducted into the NSSCA Hall of Fame:

Builder is defined as an individual who has made a significant contribution towards the development, promotion and advancement of stick curling in Nova Scotia. This classification is not restricted to but may include board members, executives, other groups/associations/ individuals associated with curling, media personnel, sponsors, officials or coaches.

Team is defined as a two-person stick curling team that have played multiple years together.

Curler is defined as an individual stick curler who may have played with multiple stick curling partners.

The following criteria should be considered when determining eligibility for induction into the NSSCA Hall of Fame:

Builder: Must have made a major contribution to the development and advancement of stick curling in Nova Scotia. This may include persons who have served as officers of NSSCA (or club organizations) and have rendered exceptional service to the sport of stick curling.

This may include others that by their assistance, sponsorship or other valued contributions have furthered the development of the sport of stick curling.

Team: The following criteria will be considered for inducting a team:

The team will have achieved repeated distinction, be known for a high level of excellence and have performed in a manner that brings honour to stick-curling in Nova Scotia.

The following criteria will be considered for inducting a curler:

The curler will have achieved repeated distinction, be known for a high level of excellence and have performed in a manner that brings honour to stick-curling in Nova Scotia.

The following criteria will be considered for inducting a curler/builder:

A curler/builder will be chosen on the basis of achievement as both a stick curler and builder of the sport of stick curling.

The specific criteria set out for the builder and curler categories should be considered in evaluating this category that recognizes the valuable multi-dimensional contributions individuals can bring to the sport of stick curling.

The committee should consider the above-noted criteria but may also consider other factors, both positive and negative, in arriving at their recommendations.

Stick curlers in any of the above categories can be active or inactive in curling at the time of nomination.

Nominations may include stick curlers living or deceased.

A deceased person may be a candidate for selection to the NSSCA Hall of Fame and, if so selected, shall be inducted posthumously.

A selected member shall be enrolled posthumously if they die between the date of selection and enrollment.

Nominations may include stick curlers who are or have been residents of Nova Scotia.

Builder” category while still serving on the Board.

If the Honours Committee is not happy with the information contained in the nomination form or the supporting material, the committee chairperson shall request the nominator to supply the needed additional information deemed necessary.

Any nominations not selected for inductions in the current year will be kept and considered for induction in subsequent years, up to a maximum of (5) five years.

All nominations must be received no later than December 1st of each year.

Completed forms should be submitted electronically to:

The Chair of the NSSCA Honours Committee by clicking the button NOMINATION FORM below: